This is a quick write up on how to update the Arduino core of ESP32 and ESP8266 in Arduino IDE.

1. Navigate through Tools -> Board -> Boards Manager. 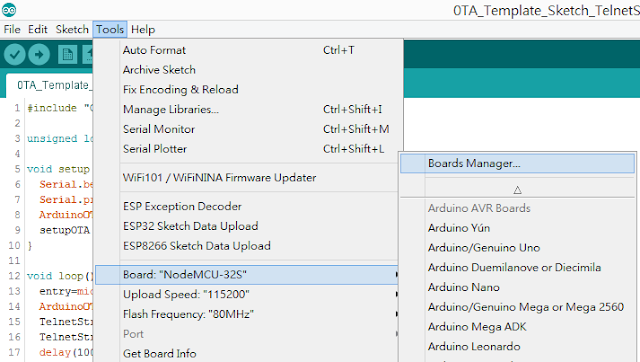 2. In Board Manager, select Updatable. 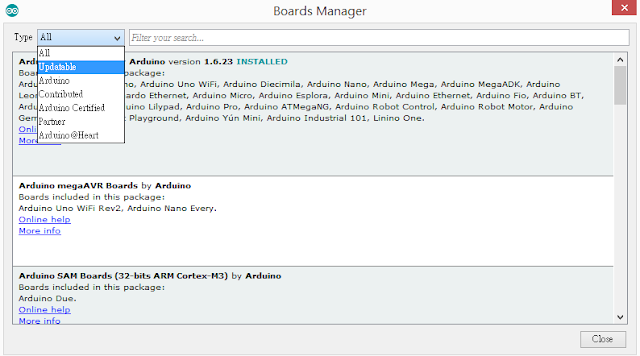 You can now select the board to update it to the desired version. The versions of the installed boards show that they haven't been updated for a long time :-). 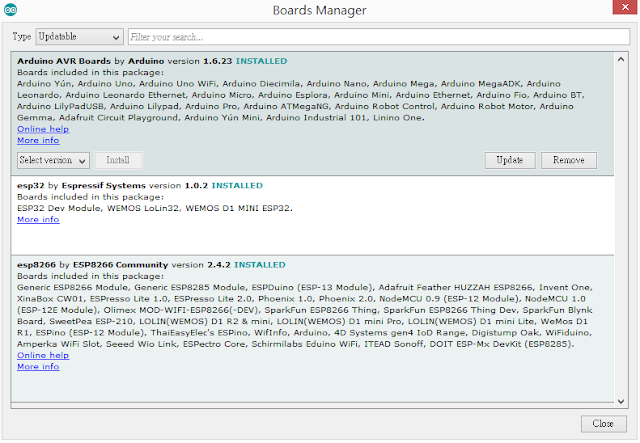 4. After the update, be sure to select the board that you plan to work with under the Tools menu of the Arduino IDE.

Prior to the update, I received increasingly more warnings such as the one shown below when compiling the code. They don't affect the working of the code, but I was concerned that one day they might break the code or simply won't successfully compile.

After the update, the warnings are gone when compiling the same code.

If you find this blog helpful, you could buy me a drink using the button below. Thanks.:-)

To see this blog in other languages, use the pull down menu below.